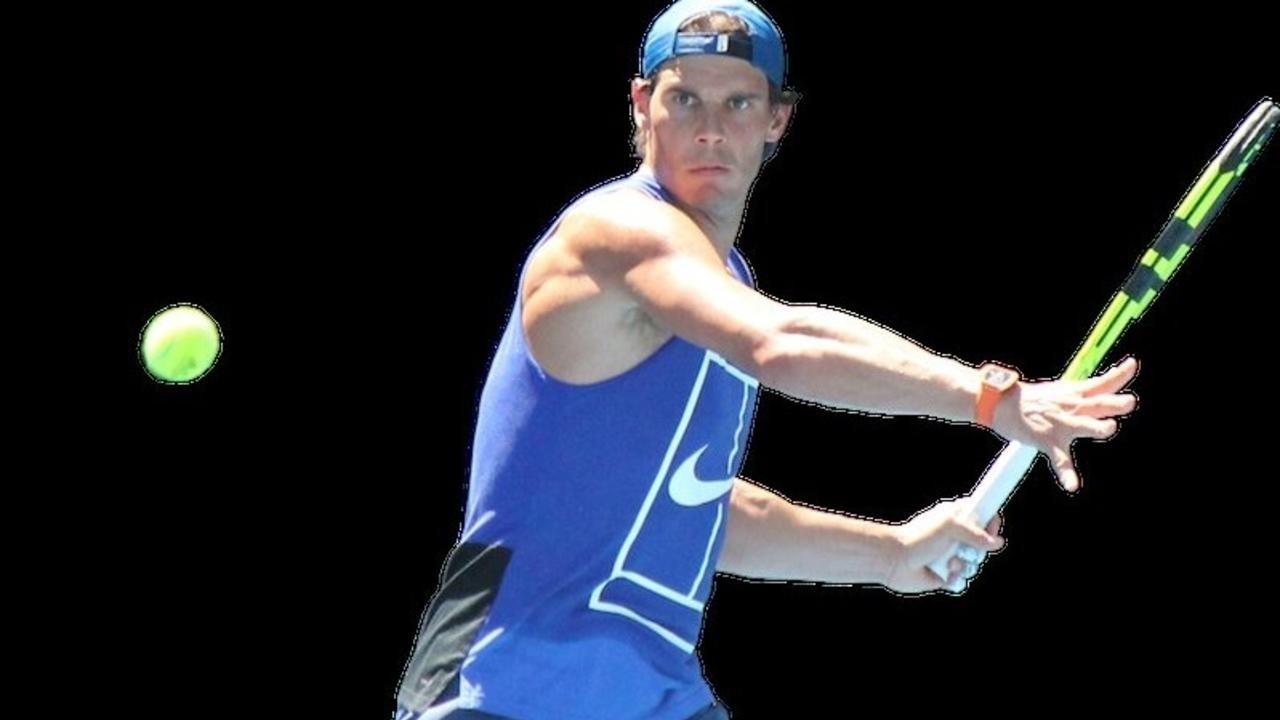 Has the question “these kids have too much” ever crossed your mind? Or, things are “too easy” for these kids?

In this article I will share my thoughts of what I learned in my career training, competing, and traveling next to some of the best players in the world for the last 20 years, Rafa, Ferrer, Robredo, Lopez, Verdasco, Almagro, just to mention a few….

And what I learned as a coach, since the days I was on the tour until my years as a National Academy Coach for Tennis Australia.

Growing up in Spain, a country that generates a high number of top - 100 players was amazing but make no mistake, you had to work incredibly hard for it and nobody was going to give you anything.

Spain is a very high demanding and competitive environment if you are trying to make it like a pro and there is no room for softness.

With hundreds of competitive players from all ages, many tournaments all around the country, and being within a short distance from other countries in Europe makes Spain a natural environment to build Resilience in tennis players from a very young age.

Now, what happens if you’re born in a more “comfortable” country or the environment is not as competitive? Could you still build resilience?

Sometimes I questioned myself if my athletes ‘’had too much’’ or life is too easy for them to build Resilience but looking back it was just me trying to find an excuse instead of trying to find a solution.

I had to adjust, I couldn’t just pretend the same system that works in Spain has to work in Australia, the USA, or the UK, I had to push myself and find other ways to build Resilience and this is how I did it.

How to Build Tennis Resilience

The things you can do as a tennis parent or coach that don’t need you to be in a perfect environment.

1. Keep the player humble
One of the basics of resilience is accepting the situation you are trying to overcome in order to think, make a plan, and execute it positively.

Players with low levels of humbleness would try to overcome the situation from a negative approach, by not accepting in the first place why are they in that situation. They would not understand why they are losing, or how the game plan they had is not working, etc, all this would lead into negative thoughts and into trying to find excuses to justify a situation they cannot accept or control. If your trying to find an excuse, believe me, there are plenty to choose from.

2. It’s important the player doesn’t take things for granted.
The more help the player can have the better for their development but if they start taking it for granted it could turn against them and have a negative impact.

Normally, players are not mature enough to see it, if you think about it, when they are young they have not seen anything else, so I believe my job as a coach is to constantly remind and show them how lucky they are to have such a unique opportunity.

If they are not growing in the most competitive environment, it would help for them to see what’s out there. I believe being exposed internationally is positive and helps the athlete to automatically push themselves.

3. It’s essential that parents and coaches must be on the same page.
Resilience starts way before you even started coaching the kid, it starts at home, how you educate the kid for life has a massive impact on the court as an athlete. Also what’s very important is what the kids see and hear at home. If they hear you whining, complaining, and making excuses, they will follow your lead. Being healthy, positive examples are extremely important.

Values in life as the fighting spirit, never give up, or give everything you’ve got in every second on the court are fundamentals for Resilience.

Keep fighting when things don’t go your way, it’s a mindset, a challenge you could find in many areas of life, it could be at school, in the street, or on a tennis court. If you want to build resilience the whole team needs to be involved - Parents, Coach, etc

4. Create a more competitive environment.
You can create little challenges on a short and long term basis. The meaning of this is to keep up the motivation on a daily basis. Motivation has a massive impact on Resilience.

Since the ultimate goal is to make it as a pro or go to college, there is a very long way to go, many things to do on the way, plenty of up’s and down’s and it’s easy to lose focus and motivation.

The short term goals, as a coach I focused more on the process than about the result (as a player it was the opposite and I don’t believe it worked)

Focus on whatever you are working on, for example, improve that end range forehand to be as deep and heavy as you can or be able to finish more points at the net. This worked for me, instead of putting goals like “let’s make the main draw in Grand Slams next year”. Every case is different but we all have things we are focused on.

In my opinion, it’s important that part of the daily training program has match play included. If your environment doesn’t have many players, go to other centers, or find local players happy to playsets.

Playing sets will expose you to the same situations as in competition and you can identify which areas you can improve. Playing lots of practice matches helps you be focused in a real match play.

As an example of this, let’s say a player would struggle coming back from a breakdown, or dealing with external factors like wind, or not playing on their best surface. Training how to overcome those situations in practice will automatically help you build resilience for when you face the same problem in competition.

5. Push the player with knowledge and common sense.
Uncle Toni often speaks about he always pushed Rafa in different ways, since giving him perspective when he was winning from a young age, to making him understand learning never ends and it is important to keep pushing yourself.

I saw Rafa for the first time when he was 12, it was impressive, it was exactly like now, not much has changed, fights for every ball never gives up and never stops believing in himself, always wanting to learn and be better.

This becomes easier when the player naturally pushes themselves but in some cases, maybe even more in “comfortable” environments, the players need a little bit of help and how you do it is important. Sharing knowledge with them is important so they can realize for themselves how to do things and realize what it takes.

Knowing how and when to push the player is critical and only a professional should do it. Uncle Toni has mastered that balance with Rafa.

6. Have the right balance between competition and tennis training
Too much of either of those two and it will have a negative impact on Resilience.

Players who train too much compared with how many tournaments they played struggle developing that competitive mindset and could have problems in the future managing competition situation as performing under pressure. I believe it’s important they face competition at an early stage.

Players who compete too much could get too many bad habits, and no time to step back and reflect on “what they could have done better”, time to make a plan and time to develop it. Every athlete is different, it is not hard to work out the balance for each young player. If their training for tennis well and competing well, keep going with your system. They should be playing practice matches weekly and real matches at least every month.

So to build Resilience there are plenty of things you can do even if you think you are not in the right geographical place or environment,

Education is key, use the tools you have and be creative to modify the environment around the player to get the most of them.

These are the things I did and I got good results, there is always a solution and there is something we as coaches or parents can do better. Look for those things, constantly!