Roger And Serena They Are Both Losers 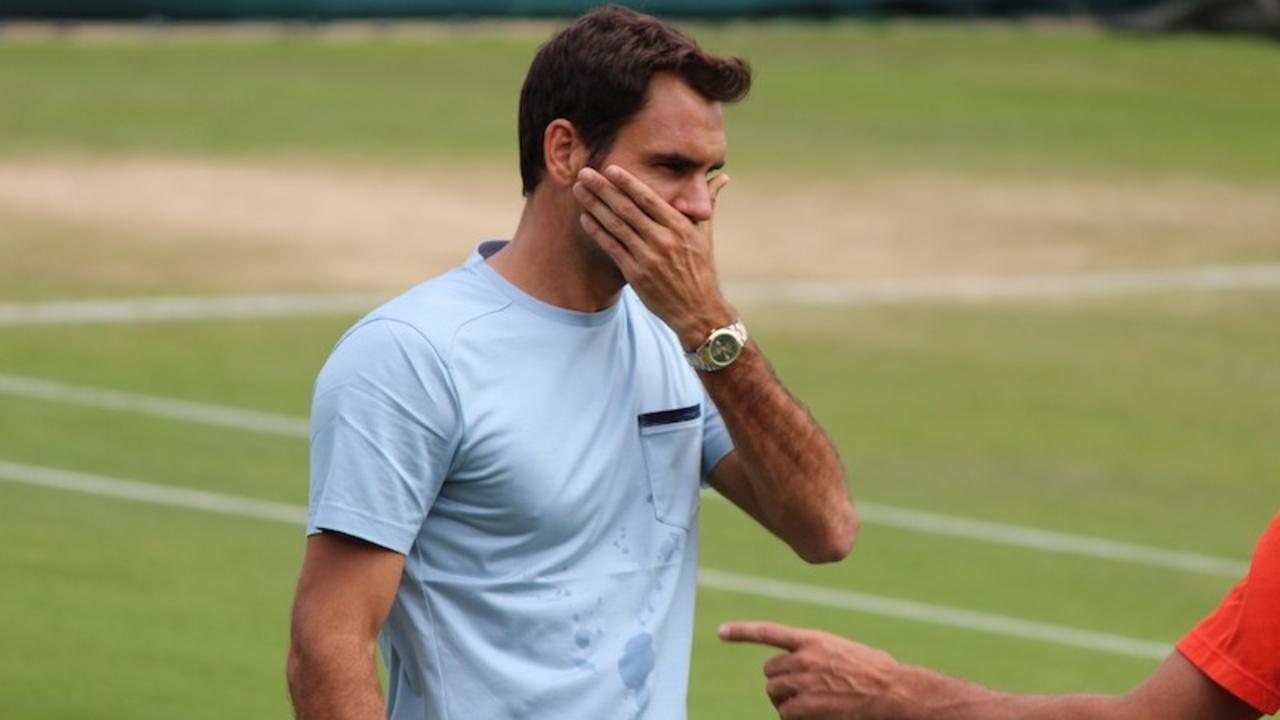 If you want junior tennis players to reach their potential on the court, then they need to learn some hard truths, and the earlier the better. “Competing Is Tennis” you either compete against yourself (looking to improve yourself) or you are on the court against an opponent.

Learning to compete fairly, win gracefully, lose with dignity all whilst giving it 100% can be a tough and long process for junior tennis players, some never get there.

We have a feeling people are losing sight of the fact that tennis is a brutal sport on your emotions and that in reality one young player out of a few thousand will make it into the top 500, let alone be the next big thing.

Too many players get wrapped in cotton wool and control what goes on around them (coaches, parents, tennis trainers, etc.) then to top it off, they don’t do enough for themselves and have zero responsibility. If that’s the case, it’s all wrong! Young players in this boat will be calling out for help as soon as tennis and life gets tough, their coping mechanism will be to cry for help instead of finding a way out on their own.

Don’t be afraid to be hard on young athletes, make them responsible for things as early as possible, get them thinking (about themselves and others) not relying on others all the time.

You can set them up for independence or set them up for dependence; there is a huge difference. Think about this; if a young player was to travel abroad at the age of 15 with a small team of coaches and players they hardly knew, would you want them to be able to have a high level of dependence? Dependence often delivers 2 things; Confidence and Experience. Both very handy tools to have on your belt.

Roger And Serena They Are Both Losers

Ok back to competing!

How many times have you seen every competitor get a trophy at a grand slam? NEVER right. At the end of the two weeks, there is one winner for each category and a lot of losers.
Yep Roger, Rafa, Maria, Novak, Serena they are all losers!
And they are at the top of the game.

Tennis is a game of very small margins. Let's see some stats from Craig O'Shannessy.
When Andy Murray was at no 1 in 2016, he won 90% of his matches, 55% of the points, and lost 5,827 points.
Now if you think about this, that is a lot of points he lost, 45% of the total points! Even the GOAT Roger Federer loses loads of points. But let me ask you something. How does he hold himself when he does lose a point? You would never notice the difference in his body language if he won or lost a point. He just gets ready for the next point ahead. You look at some of the greats, Andre Agassi and my favorite Steffi Graf, you would never know if they won or lost a point. They don't waste too much energy on the negatives, they just keep moving forward, they keep competing. 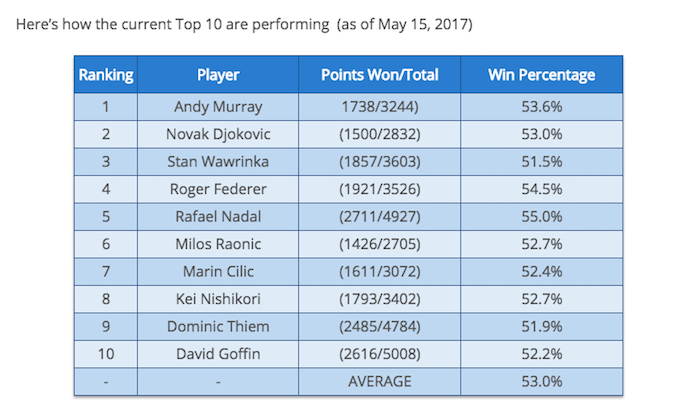 In summary, if you think you will go out on the court and not lose many points then your wrong. The sooner players learn to get on with it and realize they will lose lots of points/matches and that it is all about learning and getting better, the faster they will learn to control their emotions and ultimately become a better player. We need to teach young kids how to lose a point and accept it, not make excuses.... move on and get ready for the next point.

If they give their all, they don’t lose anyway, they get beaten by a better player on the day, there is a big difference.