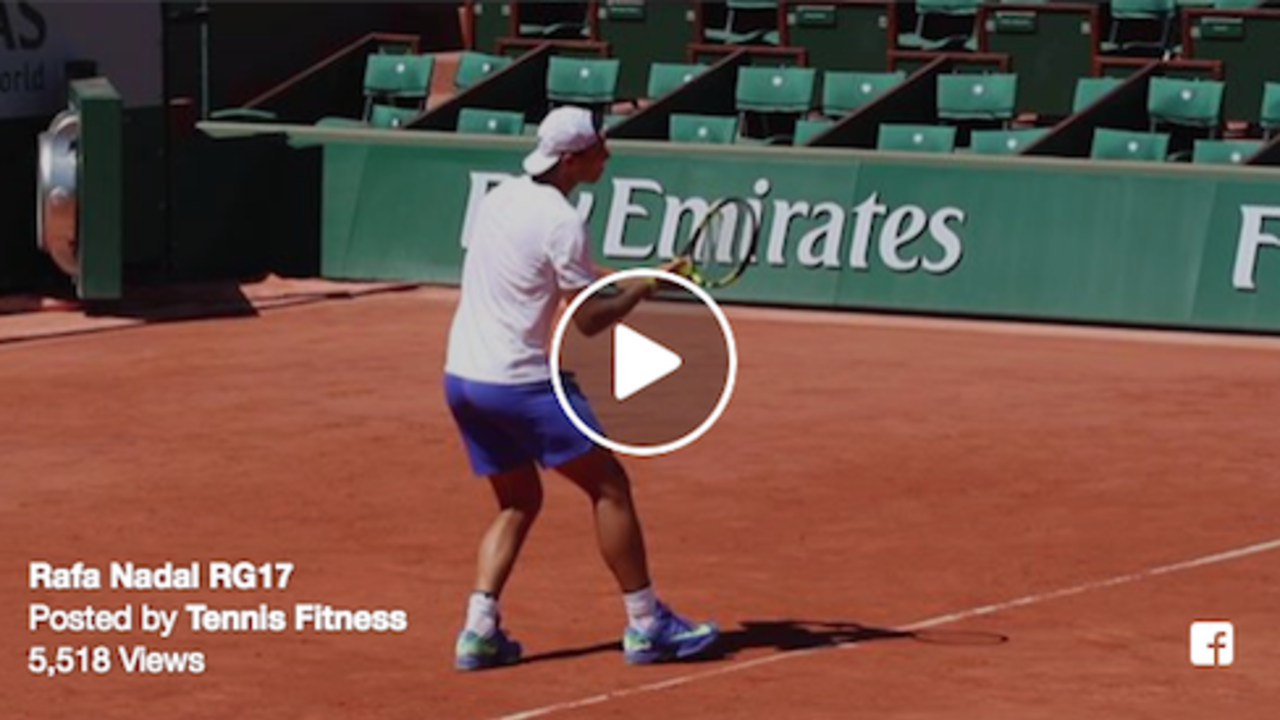 I have long regarded the French open as the toughest grand slam to win. But to win it 10 times takes a Herculean effort.

We were fortunate enough to work over in one of the best Tennis Academies in Spain. During this time we were able to watch Rafa practice. You could see then he was a very special breed. His work ethic and focus on his tennis training were amazing, even as a 14-year-old.

Having spent years on the tour, we have been lucky enough to watch him evolve, we have seen his game progress and admire the risks and changes he made. He has become a lot more aggressive, changed his serve.... he has worked on becoming a more complete player. The one thing that hasn't changed, is his intensity he works at and the attitude he possesses. He has had the same people around him for a long time. Uncle Tony has coached him from the age of 3 and it wasn't too long ago that people told him he needed to make changes, I think we could all agree, we are glad he hasn't.

It was great to see him win his 10 French Open titles, on clay what we believe is the toughest surface. You can see the intensity he trains from this footage of him at the French Open this year.

This is what it takes to succeed on clay. Its quality time on the court, working with the right intensity, but more importantly with the right attitude.

The French Open is all about Volume…

The volume of time on the court playing with quality and control. On average points, it takes twice as long to play on clay compared to hard court, so you can imagine the amount of load placed on the body. Yes it is a “Softer surface” than hard court and the ability to be able to slide has less impact on the body, but the volume I feel overrides those factors.

To be able to maintain the quality on clay, players need to have adapted to the amount of volume needed, this takes months and is typically why we rarely see anyone win on clay that is not a clay-court specialist. One reason why Rafa has dominated over the last decade. Most “Dirt Dogs” have spent years and years on clay. They have adapted to the volume and achieve the desired level of tennis fitness than some of their opponents.

When we talk about “Adaptability” we are referring to the body’s ability to perform tennis exercises or deal with stimulus, whether it be load, time, or speed, and then have a positive physical response (stronger, increase stamina, tennis agility)

These 3 factors combined can be a challenge for even the best players in the world and that is why Nadal has won 10 French titles is regarded as the best clay-court player in history. Will we ever see this happen again? I really don't think so.

Clay is also different from other surfaces. Its unstable nature makes it more challenging for players to adjust. In fact, I know some top-level players who still don’t like to slide on clay. Learning to slide into the shot, then hit and the transition is so different from playing on hard or grass, where players are encouraged to take prep steps, plant their feet, and hit.

Sliding is a skill that doesn’t come easy for some and another reason why I feel it’s the toughest surface to play on.

To win points on clay can take more strategy, determination, and effort. Players with big serves, weapons for forehands and backhands get time taken off their ball due to the slower surface and they find more balls coming back over the net.

This is when the strategy has a large impact; the slower surface almost evens out a tennis player’s power and makes it more of an attack on your opponent’s weaknesses, trying to break them down. Having the ability to stay focused for longer points, games, and sets, is vital to get the tennis results you want, you need a high level of determination to make that happen.

I have a great appreciation for all court surfaces and I would have to say that hard court is my preferred surface to watch and play on, but without a doubt, I respect clay court tennis the most and for those players that can get through 2 weeks of matches and still play a high level of tennis, I regard them as the toughest and fittest in the game!