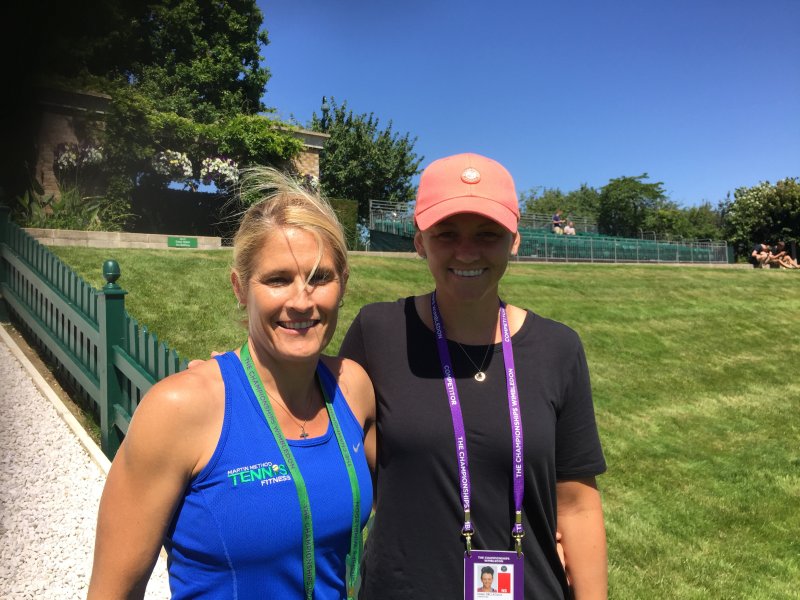 Watching their favorite professionals claim big wins on the world's most famous courts is inspirational for many club level players but it is the hard work behind the scenes that might provide the most powerful lesson. Giselle Martin, fitness trainer to Casey Dellacqua shares her tennis training diary from Birmingham to show how hard the professionals work at their preparation. 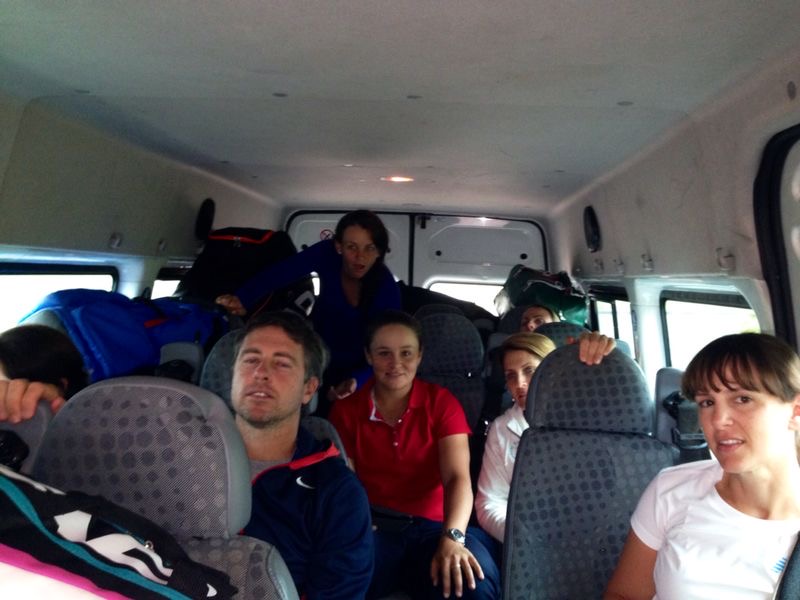 Early Challenges
The grass-court season officially begins for Casey Dellacqua in Birmingham. With a big day in both singles and doubles, we are up at 7 am, have breakfast at 8 am and are ready for our scheduled pick up at 9 am.

And this is where we face one of our first challenges of the short grass-court swing. In England, the rules won’t allow you to hit before 10 am, which means we need to be extremely organized to ensure everything runs smoothly. Accordingly, we squeeze in a tennis warm-up in the gym, including some shoulder rehab exercises, at 9.30 am.

With grass court time so limited, there are usually four players hitting on the court instead of the usual two. If you’re scheduled to play the first match of the day, like Casey, it can be testing for all four players out there. The main objective is to hit as many balls as possible and make the most of that 30 minutes – it can mean bumping anyone that gets in your way and jumping on every loose ball. There are few friends to be made out there. 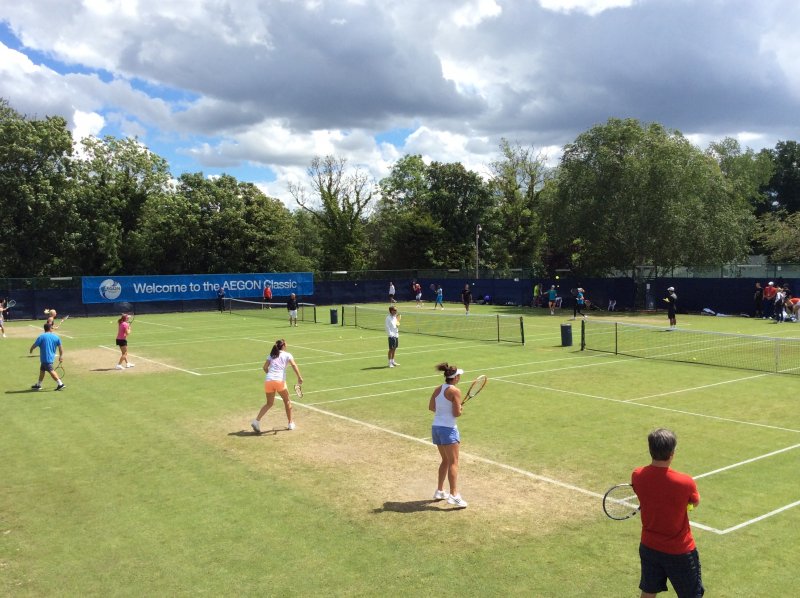 After the warm-up hit, Casey has 30 minutes until she’s due on center court. So there’s a quick run to the change rooms for a shower and strapping – once again, it’s a stretch when you consider the two physios and four matches involving eight players, who might all be seeking treatment in that half-hour timeframe before their match.

We meet at tournament control at 10.55 am to be escorted to center court, with Casey quickly eating a banana as she walks on the court to fuel her body. All of that preparation works – Casey plays well, taking Urszula Radwanska out 6-1 6-3 in 54 minutes.

Then it’s off to the gym to do some quick tennis stretches, ice-bath, cool down, and a shower. There’s time for a quick trip into the player lounge for a lunch of chicken and salad to refuel for the doubles with Ash Barty. 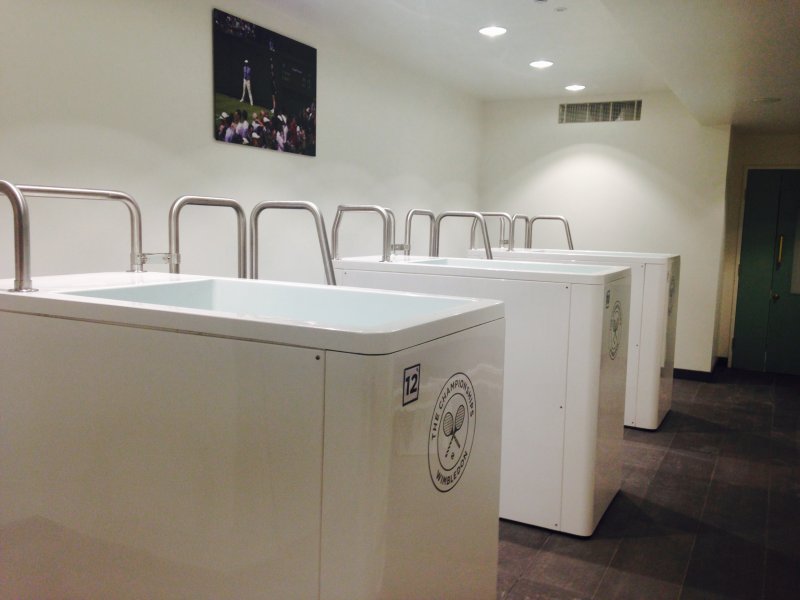 After a change of clothes and more strapping in the locker room, we undertake another 20-minute warm-up that consists of some agility and footspeed. We want Casey to move like a butterfly and stinging like a bee.

Back onto the court for her doubles match. First set down 7-5 then a rain delay. Casey returns to the player lounge for another quick bite to eat (half a ham sandwich), then back out to finish the match in a super tiebreak 13-11 win. Again, all that careful preparation has paid off.

Always at the ready
It’s the second round of the Birmingham Classic and Casey is scheduled for the third match, after 11 starts. It actually means she could play anytime from 1 pm–4 pm, so you just need to be ready. We leave the hotel at 10 am for a warm-up hit at 11 am, heading straight to the courts on arrival.

Casey promises me she’ll do 15 minutes agility and speed before her hit. Persuading players to do something extra can sometimes require having a degree in negotiating, but I must say, Casey is pretty good with these things – she might not be excited to do them, but she’ll give it 100 percent anyway.

Casey plays another lefthander, like herself, today. Sometimes players like to practice with a lefty, but Casey is thankfully pretty relaxed about it all and has a 30-minute hit-up with her doubles partner, Ash –who isn’t a lefty. I must say I feel for the lefties: usually, tennis players won’t want to hit with a lefty unless they are scheduled to play a lefty. One minute they want you and then the next minute they don’t!

After her warm-up hit, there is time for a shower, strapping, and some lunch (chicken, veggies, and rice). Keeping hydrated all the time with water is of paramount importance. 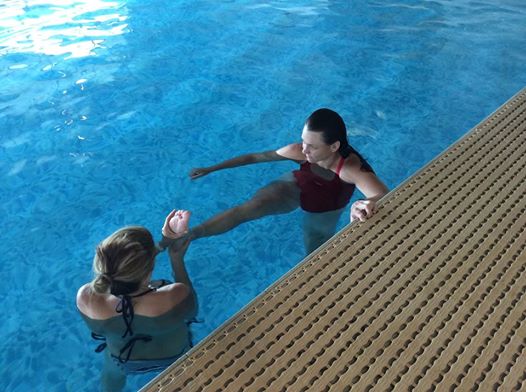 Also super important is to always be watching the score on the court you will be playing on, as matches can progress quickly. However, generally for Casey, it seems that the game before tends to drag out. We always have a laugh and tell Casey that she’s somehow managed to end up with the ‘game before split sets curse’. But again, Casey doesn’t complain, she just sucks it up and always makes sure she is ready to go on court. Time to get our game face on. We usually try to start to warm-up just after the first set has ended. After a quick pep talk with super coach Stinger (Shannon Nettle), she’s off. 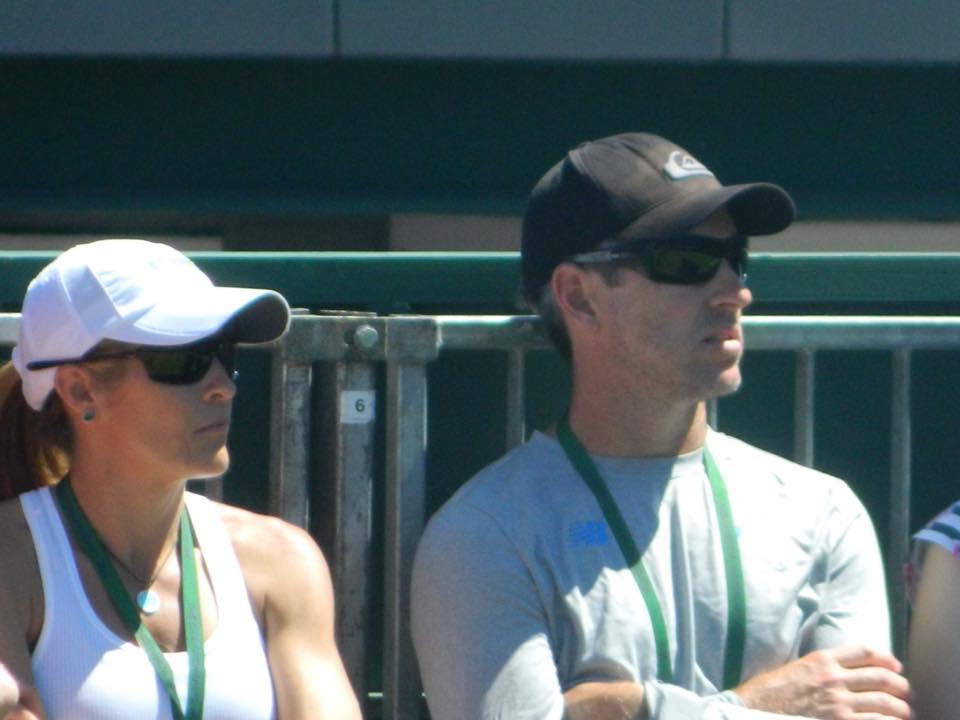 Casey defeats American big server Varvarva Lepchenko 6-3 6-4. It’s another great win but there’s more work to be done yet. After the match we go straight to the gym for a 15-minute tennis cooldown on the bike, followed by a good stretch. Playing on the grass and being down so low on-court always seems to get those butt cheeks firing. Gluteal stretches are a must!

Casey showers, the deals with her media requirements, and off we go back to the hotel for a dinner of steak, potato, and vegetables, then a well-deserved massage. 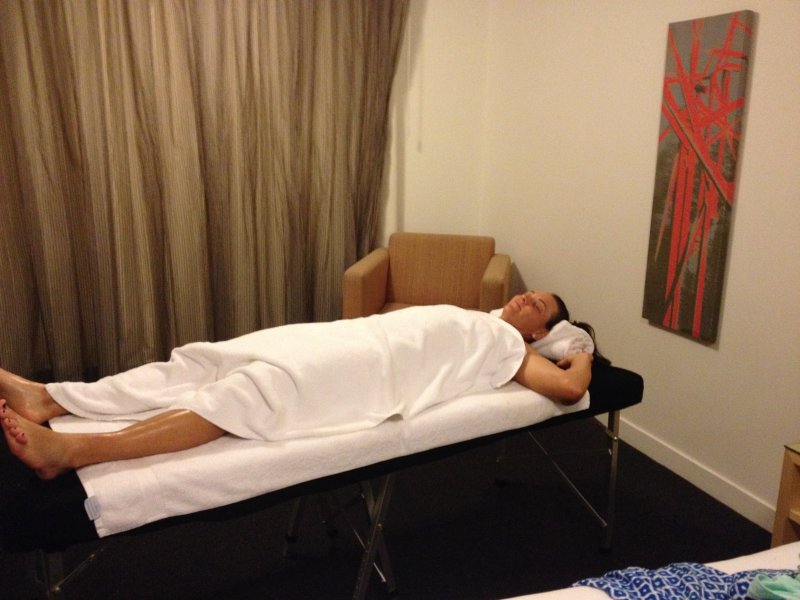 Feats of endurance. A little “sleep in” today – up atm 7.30 am, breakfast 8.30 am and a desperately-needed, “get outta my way people” coffee run at 10 am. By 11 am we’re off to the courts, starting with the usual 20-minute warm-up to get some stiffness out of the legs, with skipping ROM and resistant band exercises.

Time for Casey to have a warmup hit, which is once again with Ash. It’s a very relaxed 30-minute hit, with only two players on the court now. Now that we’re deeper into the tournament, a lot of girls have left Birmingham and are already onto their next destination of Eastbourne. (see fun warm-up video at top of page)

Casey has been working extremely hard over the last six months and it shows, as her body is feeling great. Considering this is the first grass-court tournament of the year, players can get quite sore in the lower back, hamstrings, and gluteals. But Casey is plugging away, always our little trooper.

Casey is scheduled to play her fellow Australian Sam Stosur, fourth match after 11 am. Again it is a guessing game – they could be on anytime from 2–5 pm. She has pasta and salad for lunch at 12.30 pm then it’s a waiting game. Players will usually just hang out in the player’s lounge watching TV, with one eye on the score of the court you’re playing on. Showtime. At 4.15 pm we warm up with a combination of exercises – foot speed, agility, reaction, and power drills.

Considering Casey hasn’t eaten for four hours, she has a banana before she hits the court. She needs to ensure she has enough petrol to get her through her match. Nothing worse than a player running out of energy when they’re almost there! It’s essential for tennis players to eat every two-four hours to replenish all the energy they’re expending. 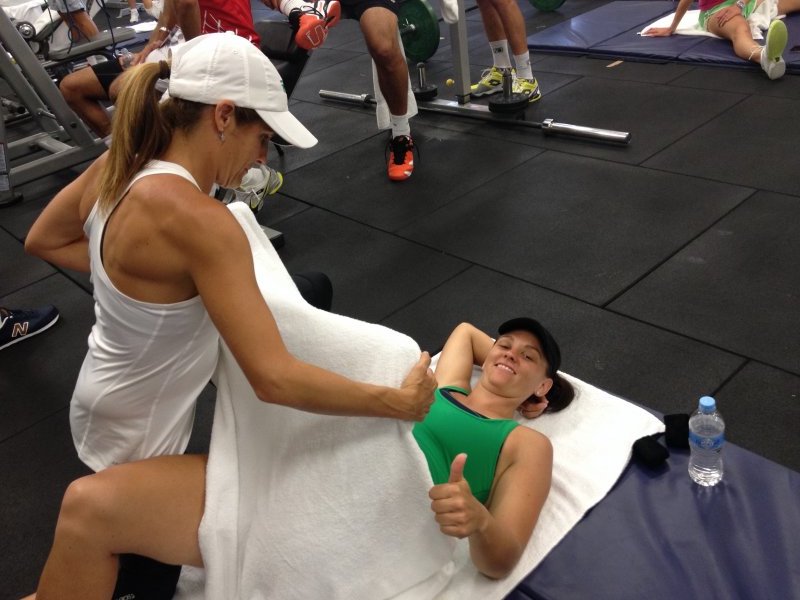 Casey overcomes Sam in their first-ever battle on the WTA Tour, recovering to defeat her Fed Cup team-mate 2-6 6-2 6-2 in one hour, 45 minutes to advance to the quarterfinals. It’s the best performance by an Australian at the grass-court event since Alicia Molik reached the same stage of the tournament a decade earlier. As we say, another great day in the office. She has another big day tomorrow (singles and doubles) so we need to ensure we have a good recovery session.

Over to the gym, where she spends 15 minutes jogging on the treadmill, then 20 minutes stretching. After a quick protein shake, it’s off to media, then home. Usually, when players finish their match, it’s a good two or three hours before they can really relax – this career is not for the faint-hearted! 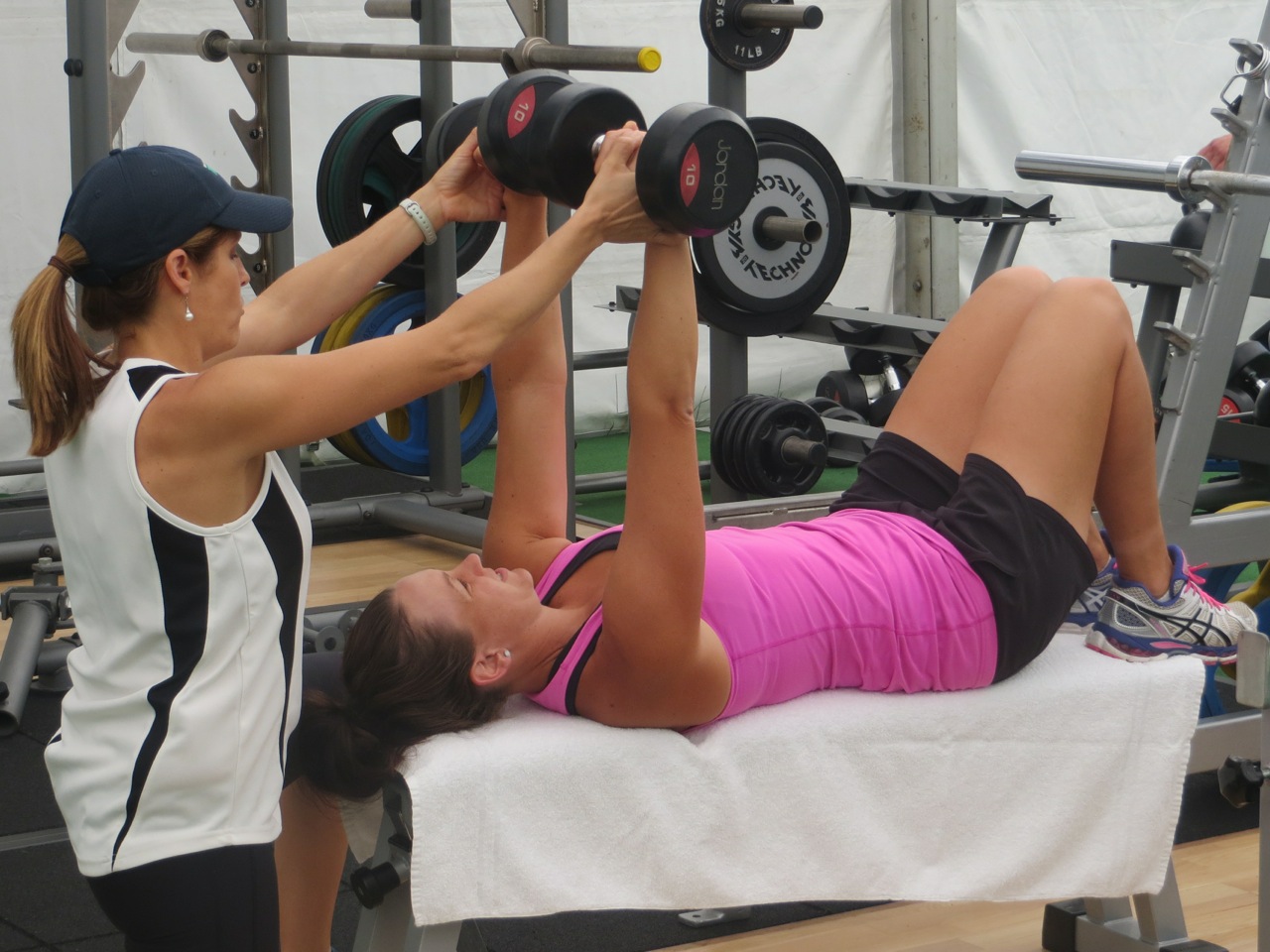 We order some pasta on the way home from the courts, then a massage, and finish off with some treatment with the physio. A solid 12 hour day. That’s right 12 hours. Players have a great life; they are living their dream. But there are many behind-the-scenes aspects that people don’t see. Many people would be very surprised to see how hard they work. It requires commitment and tennis endurance. There is so much involved in having them back up day after day.

I hope you enjoyed the blog and now realize how hard and challenging life can be on the tour.